From across the globe to just down the road
- new opportunities to experience dance
On Posted on March 5, 2020December 17, 2020 by Diane Smith to Archive

Is all art perilously efficient? Might this be the very nature of dance but we have not yet attributed this language to it? What I mean by perilously efficient is that dance, for me, is a form of survival. And therefore, to test my ability, my capacity to survive as a choreographer and performer, I choose to reduce stimulation that would otherwise influence the choreography, the practice, and the performance of my work. I am not ignorant of the danger in being ordinary nor the lack of quality in being efficient. A pre-determined sequence of movements will framework this collective research. 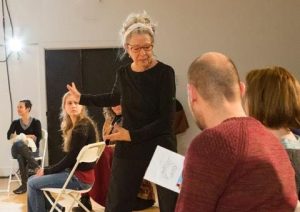 Selections will be based on first come/first served basis, but please note that our criteria is based on a minimum of 3 years professional experience in dance or choreography.
A limited number of spaces will be allocated to dancers permanently resident in Scotland.

For any other practical info about Findhorn and the site: www.dancenorth.scot

Workshop fee: £250 (The price includes the workshop and lunch each day.)

Workshop fee: £250
The price includes the workshop and lunch each day.

Please send a short biography and a couple of lines stating your reasons for wanting to take this workshop to info@independentdance.co.uk
Closing date: TBC 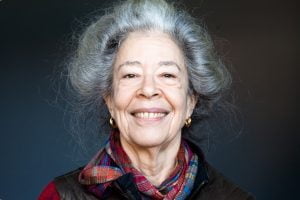 Since the 1960’s Hay has researched new approaches to choreography, pairing unique forms of creative scoring with her distinct modes of practice and adaptation.

Recent recognition of her work include an Honorary Doctorate from the Theater Academy in Helsinki 2009. In 2012 she received an inaugural Doris Duke Artists Award. In May 2015 the Minister of Culture and Communication awarded Hay the title of Chevalier De L’ordre des arts et des Lettres. In August 2019, Berlin’s Tanz Im August presented a month long RE-Perspective of her work.